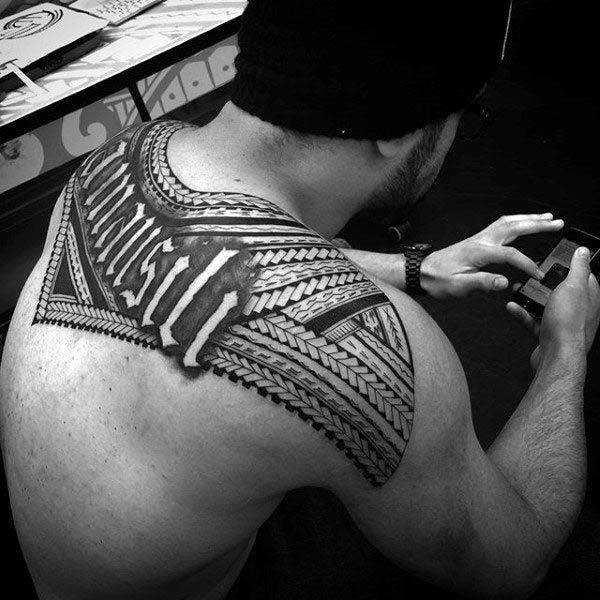 2. Awe-inspiring Hawaiian tribal tattoo on back for Boys 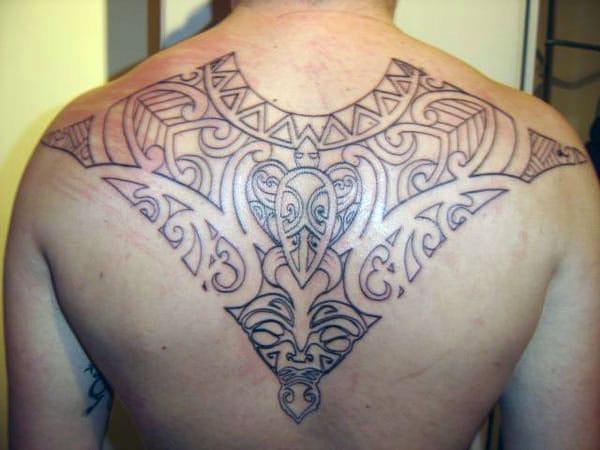 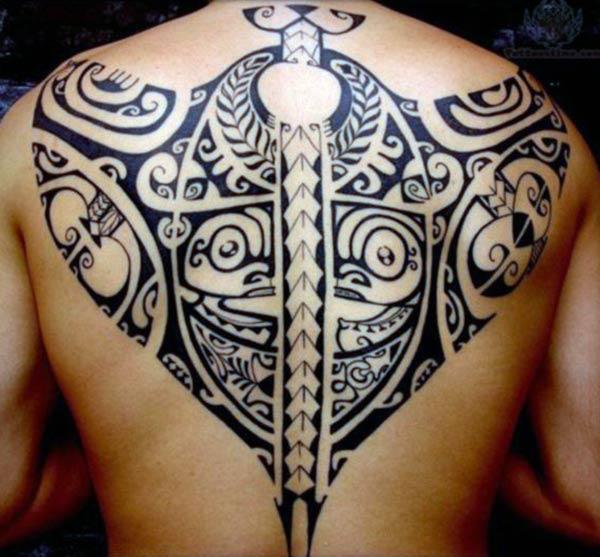 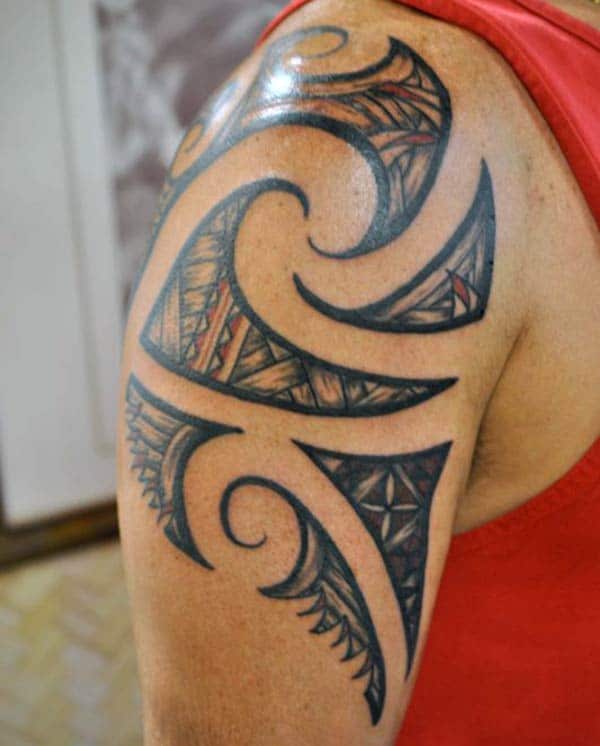 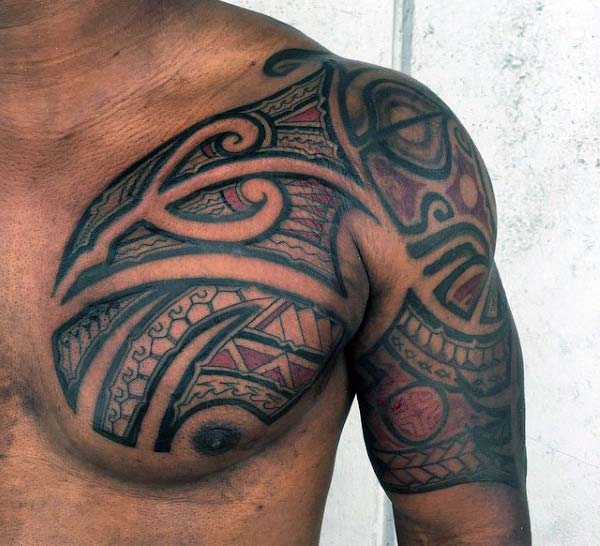 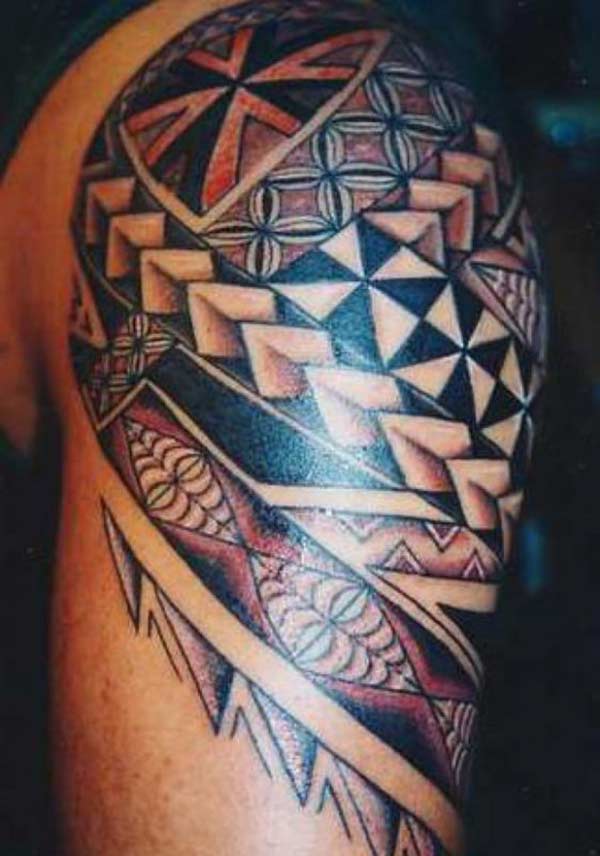 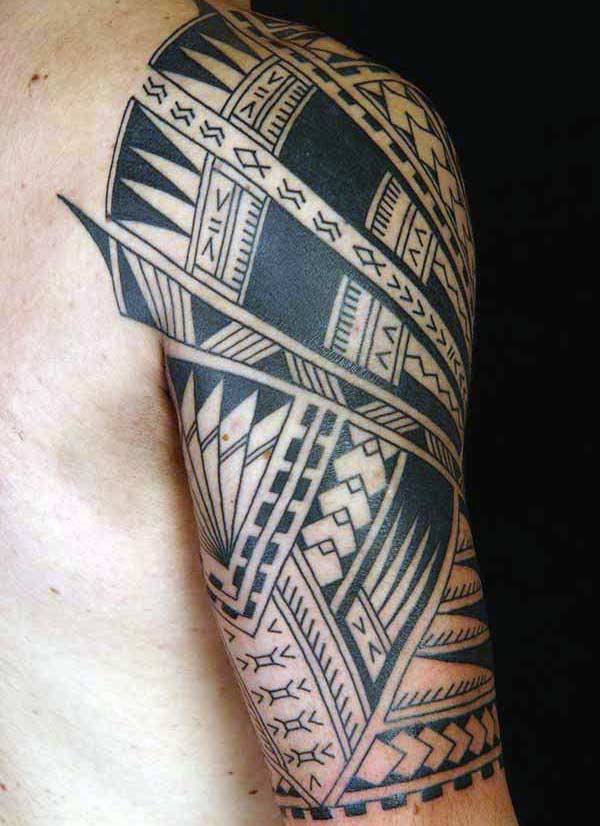 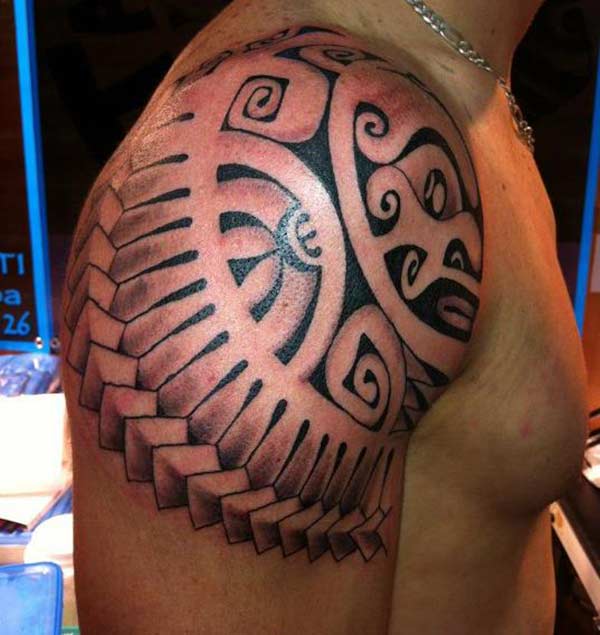 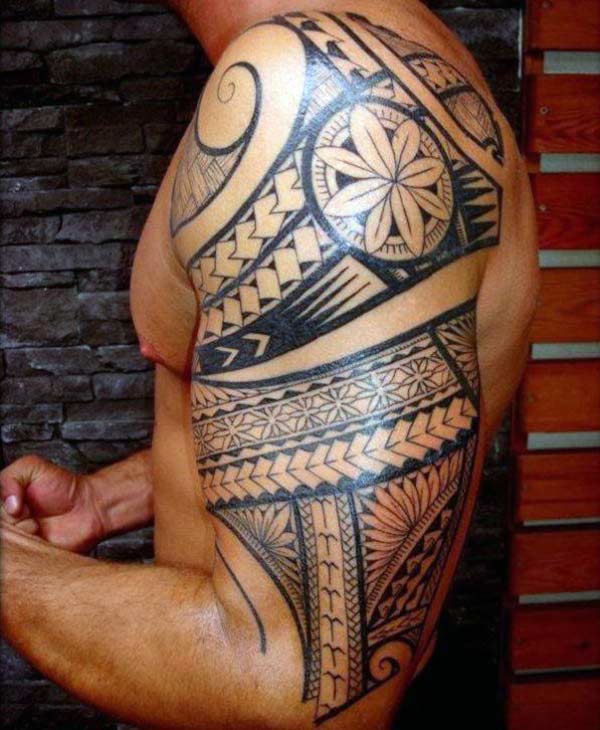 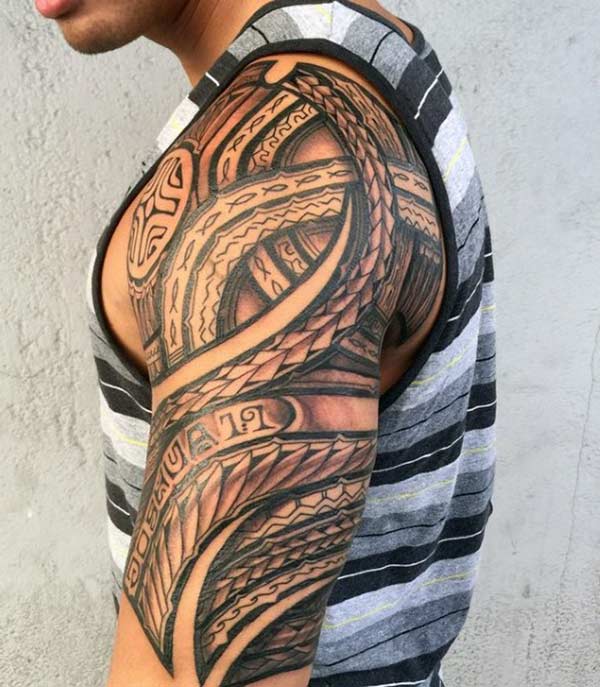 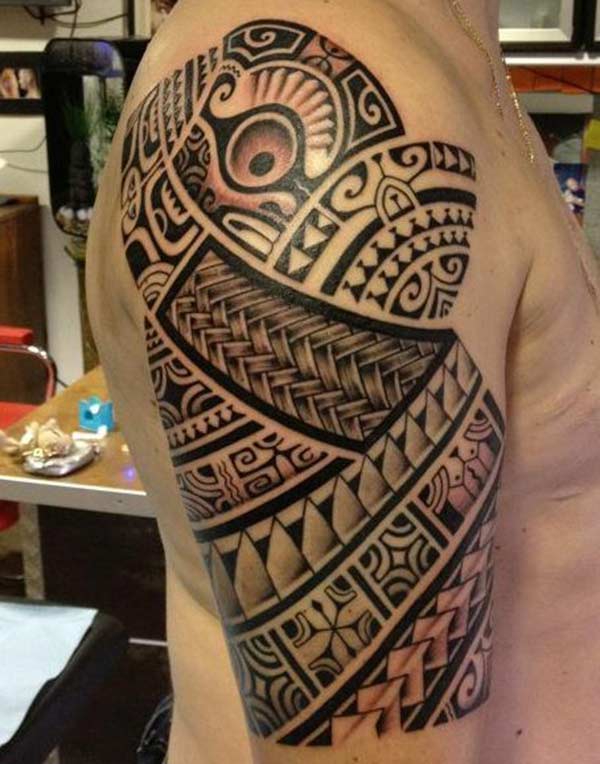 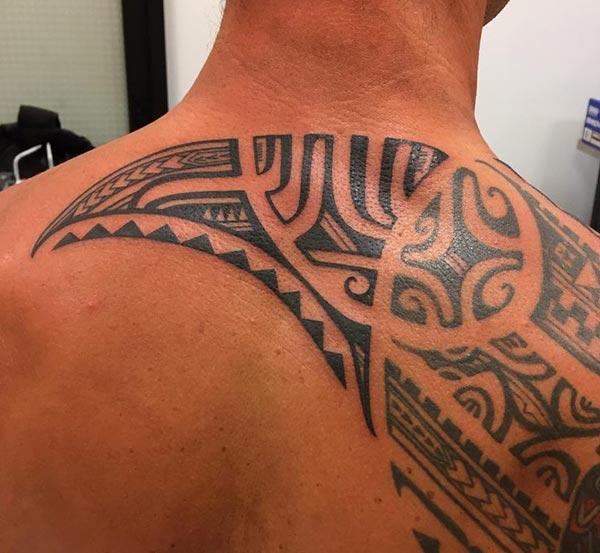 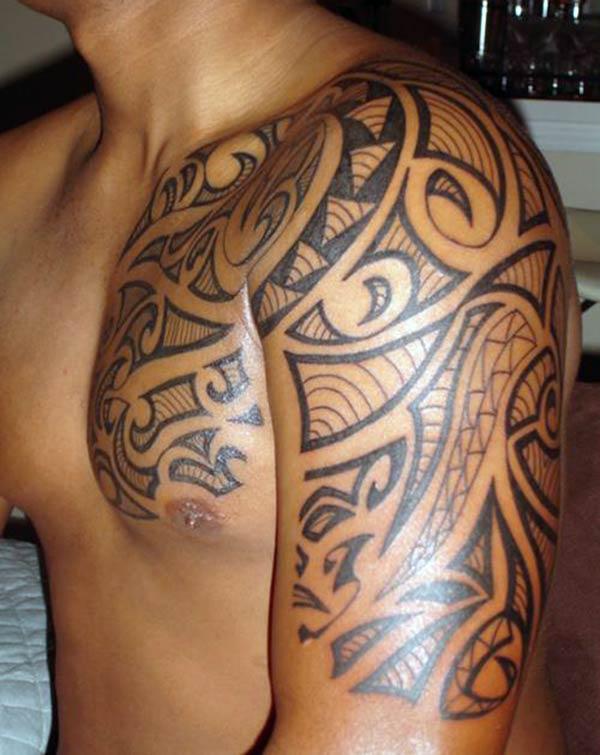 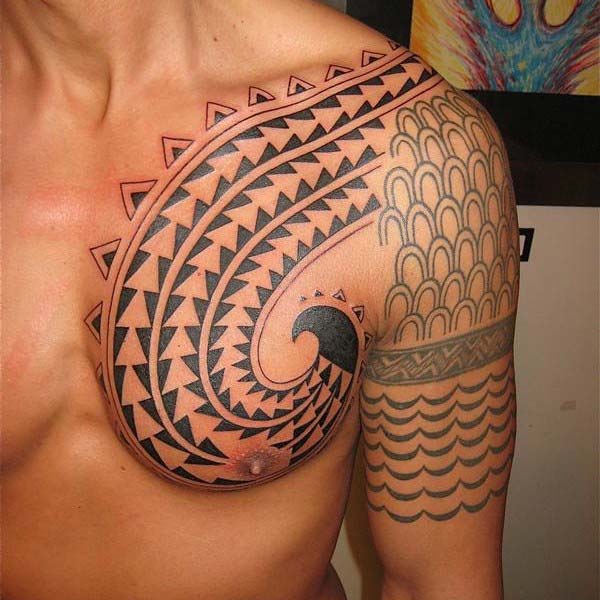 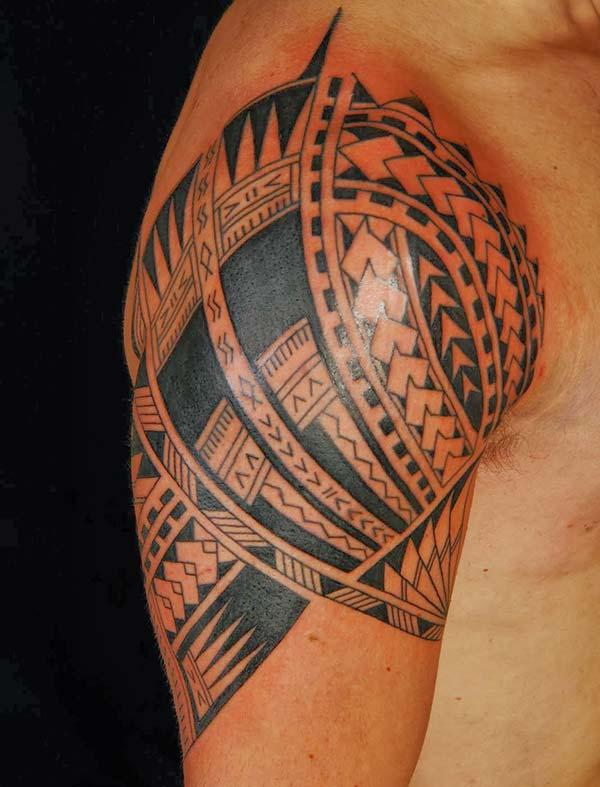 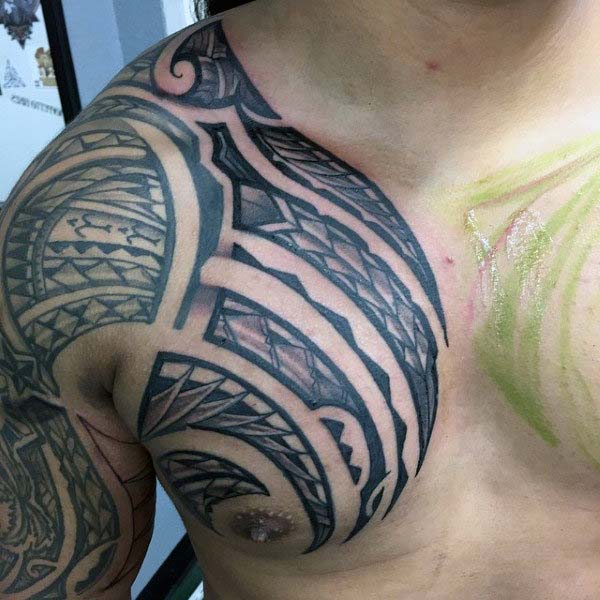 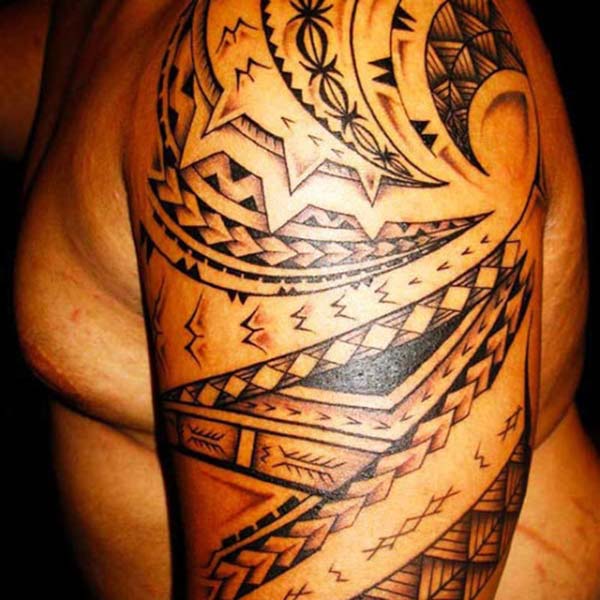 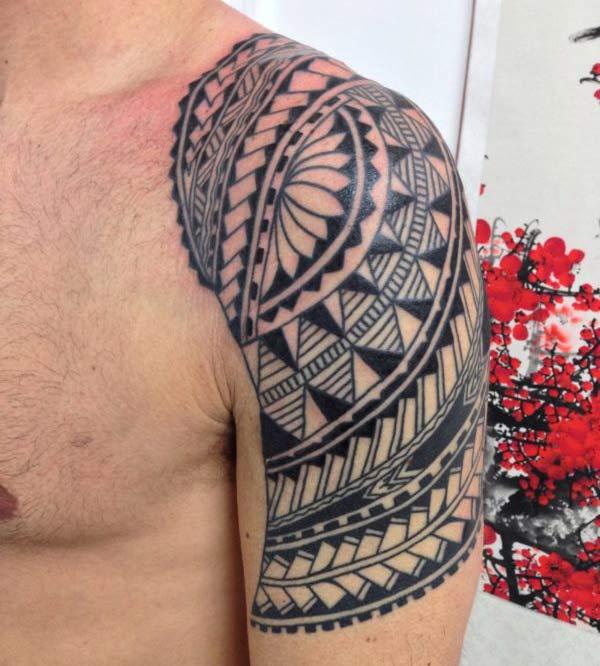 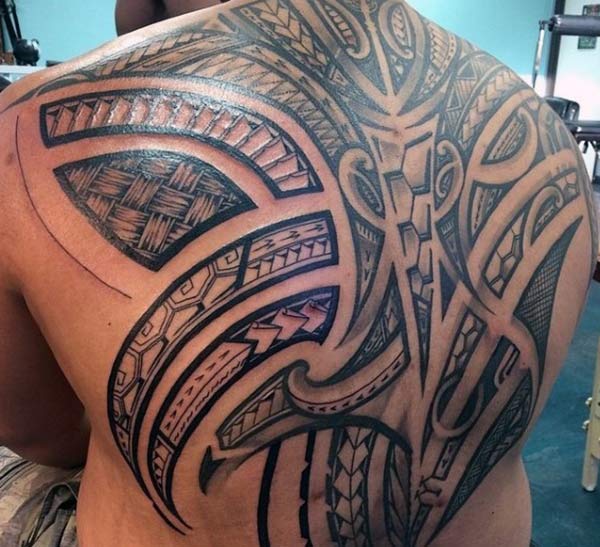 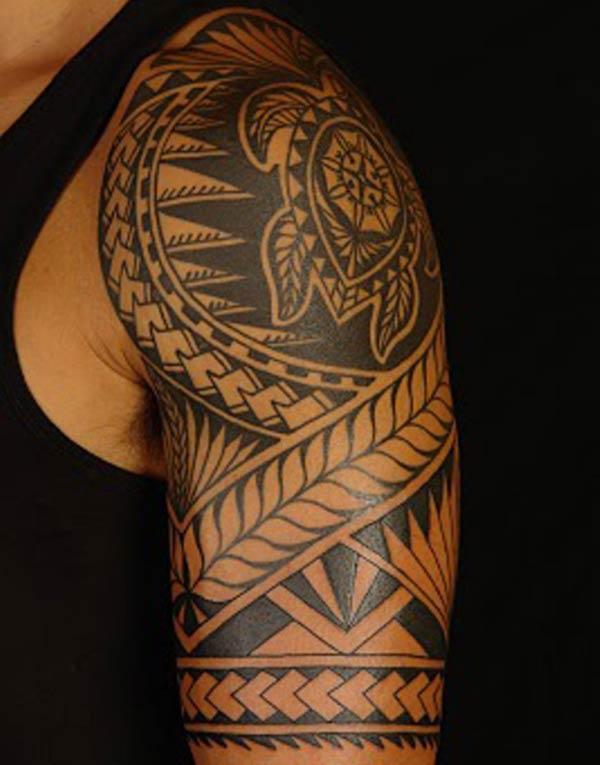 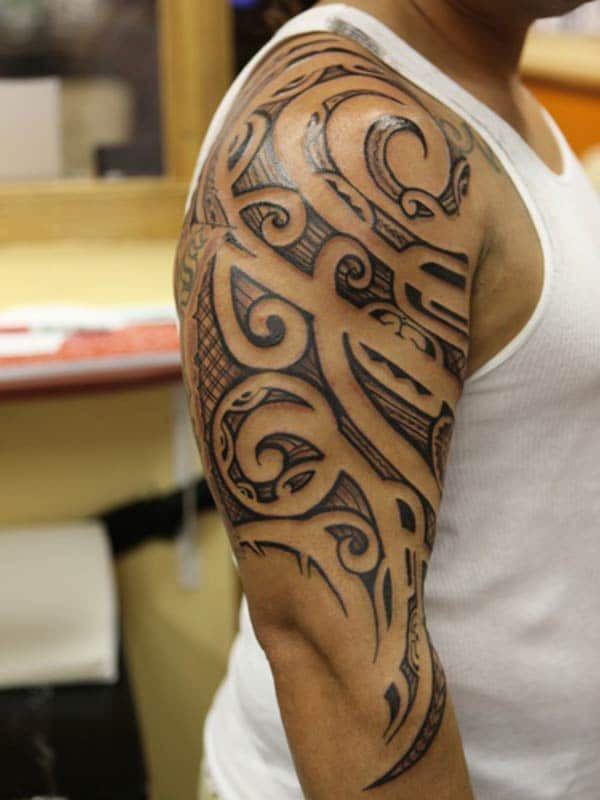 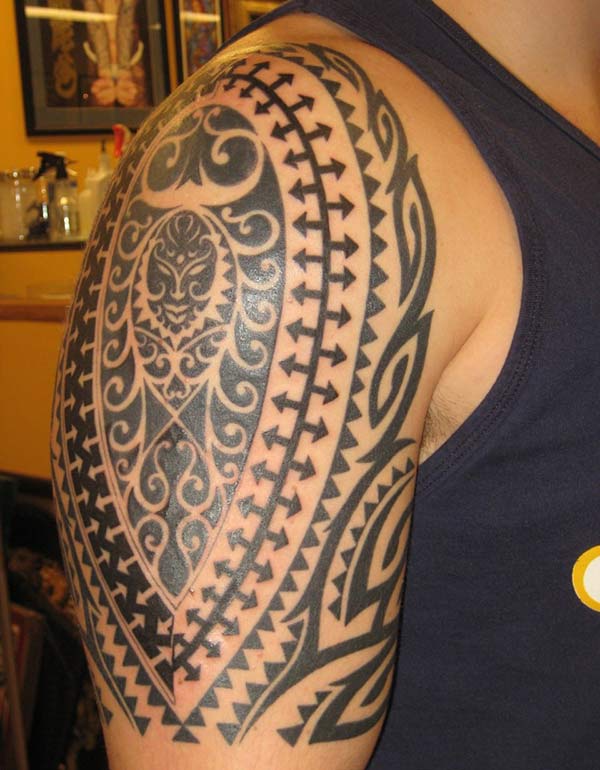 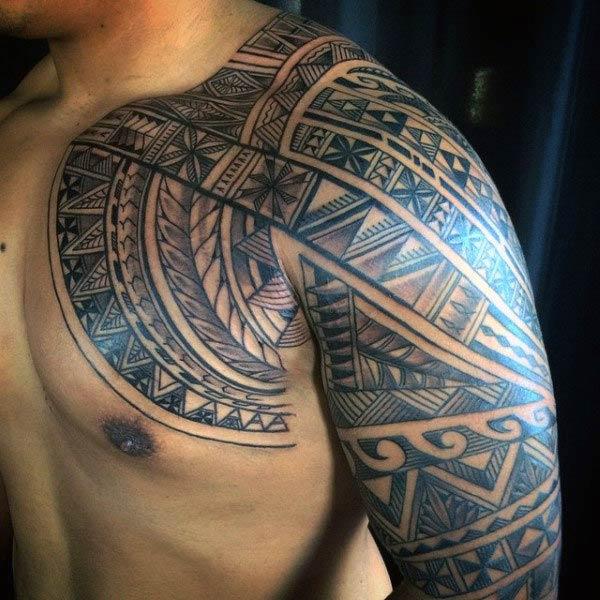 Hawaiian tattoos are one of the popular tattoo styles of today’s era. Hawaiian tattoos depict the rich culture and heritage of Hawaiian Islands through various symbols and patterns. Both men and women wear these tattoos as an association to these deep cultures. Usually men tattooed their entire body from head to toe. Although women did not get whole body tattooed, they enjoyed a fair share of tattooing. Every one of the tattoos was symbolic and held deep meanings. Traditionally these tattoos were done only in black color.

The ancient ink was a combination of ash and soot and was applied into the deep cuts made on the person’s body and allowed to dry for the pigments to turn black. Later the ink was made of a mixture of kukui nuts and sugarcane juice. Tattoos often include a unique blend of tribal designs with culturally significant images of spirit animals, tropical flowers, or Hawaiian Tiki Gods. Hawaiians referred the art of tattooing as ‘kakau’ and tattooing in older days was a symbol of their bravery as they undergo extreme painful process.

Traditional styles used geometric patterns and symmetric interlocking line designs in black ink to mark religious devotion, rites of passage, bravery in war, status, ranks, and heritage. However, the modern Hawaiian tattoos present a mix of colors and has an exotic touch due to the influence of western culture. These traditional tattoos were inked for variety of purposes such as personal identification, protection, memory of beloved ones, adornment, spirituality, family heritage and for status as warrior. Every design is unique and the reason anyone chooses a specific tattoo is very personal.

However, there are few elements of Hawaiian tattoos that are commonly used, such as:

Hawaiian tattoo designs are larger and broader compared to other Polynesian tattoos, making it undoubtedly artistic. Get one, if you truly love Hawaiian designs. Choose the one that represent you the most and cherish it for the rest of your life.